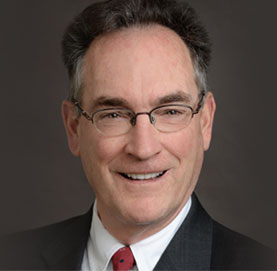 Originally from Philadelphia, Pennsylvania, he is a legacy graduate of St. Joseph’s University (“The Hawk Will Never Die”), receiving a Bachelor’s Degree in English in 1976.

Attending graduate classes at Temple University in Creative Writing, he also bartended at several local Philadelphia restaurants, including the Magic Pan, the Happy Rooster, Houlihan’s, Tavern on Green, and Rembrandts.

In 1982, he received a Masters of Fine Arts from Brooklyn University in Creative Writing, studying under John Ashberry.

As for his law school experience, it is best described as “ask Sisyphus whether he liked rocks”.

Initially practicing as a staff counsel attorney for Travelers Insurance, Kevin then worked at several prominent insurance defense firms in Philadelphia, to include Bennett Bricklin, and White & Williams.

Practicing as an insurance defense litigator over the last 27+ years, Kevin has tried a multiple cases to verdict, before both juries and arbitration panels.

Kevin has received an AV rating from Martindale-Hubbell, evidencing his intense dedication to the highest standards of professionalism and aggressive representation on behalf of his clients.

In 2012, Kevin was inducted as a Fellow into the Litigation Counsel of America, with there being only 3,500 members nationally.

Kevin was also admitted as a Fellow into the College of Workers’ Compensation Lawyers in 2012. The College has about 350 members nationally.

Kevin is also the primary contact between ConnorsO’Dell LLC and the National Workers’ Compensation Defense Network (NWCDN), a national network of attorneys specializing in defending workers’ compensation claims, with ConnorsO’Dell LLC being the Pennsylvania representative member firm for the NWCDN.

Enjoying memberships in several bar and claims associations, Kevin has been a guest speaker on various insurance litigation issues, recently presenting before the ABA, on the Personal Comfort Doctrine in workers’ compensation, and before the National Workers’ Compensation and Disability Convention, on the “Future of Exclusive Remedy”, and “Why Injured Workers” Seek Attorneys”.

Kevin is a former distance runner who dreams of trails without knees, and he is a shameless golfer dreaming of the hole in one.

His favorite sport is politics.

His favorite religious order is the Jesuits, to whom he shamelessly credits his caustic optimism. 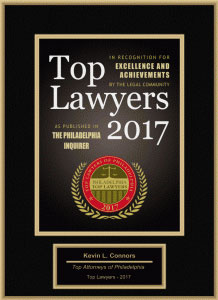